This character is based on the wonderful concept art by Yulia Ptitsyna. This whole project as a learning opportunity. Over the course of this project I learned 2 new pieces of software (3DCoat, Marvelous Designer). Marvelous is really handy piece of software, I want to continue using it in future projects where I can. I started from a base mesh, which certainly sped things along, but a lot had to be changed to make it match the character and her proportions better. Also learning the hand painted texturing workflow was quite a challenge. I would definitely like to push the stylization more in future projects. In general I would like to improve/streamline the whole baking and texturing process going forward. The whole character ended up being 90,710 tris, definitely could have optimized that a bit more, but I wanted to focus on getting the finish line instead. Something to look at for future projects though.

This is also the first character that I’ve taken to full readiness for deployment within a game engine. To that end I did the extra work to make this character compatible with VRChat’s SDK (Unity). I also chose to render my turntable in Unreal Engine 5 so it would be more representative of the character’s intended use.

I learned a bunch making this character and I’m excited to get started on my next one. 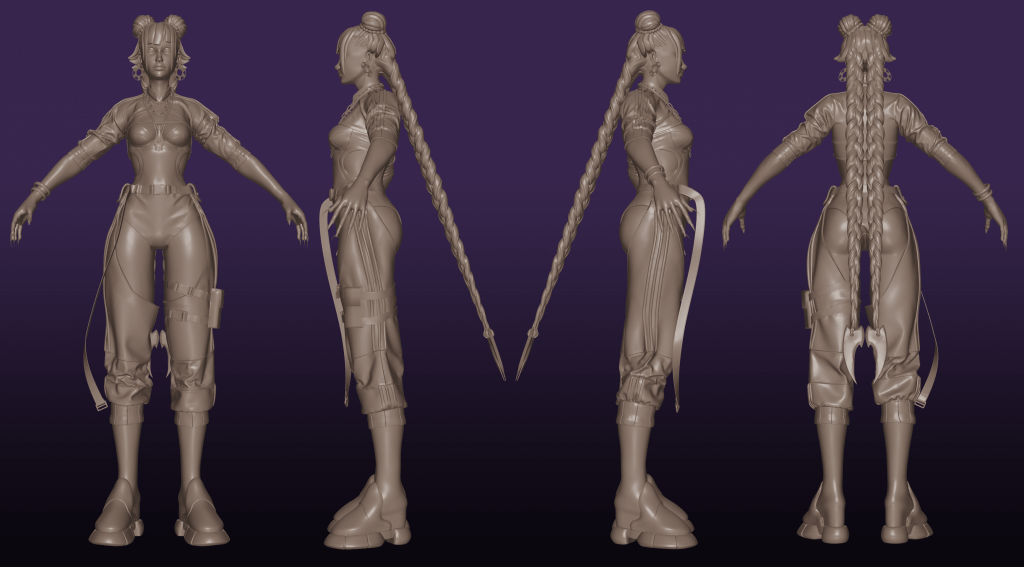